Mikhail Lifshitz, Chairman of the Board of Directors of ROTEC, presented the latest developments in the field of energy storage units, aircraft and turbine engineering to Mikhail Mishustin, Prime Minister of Russia 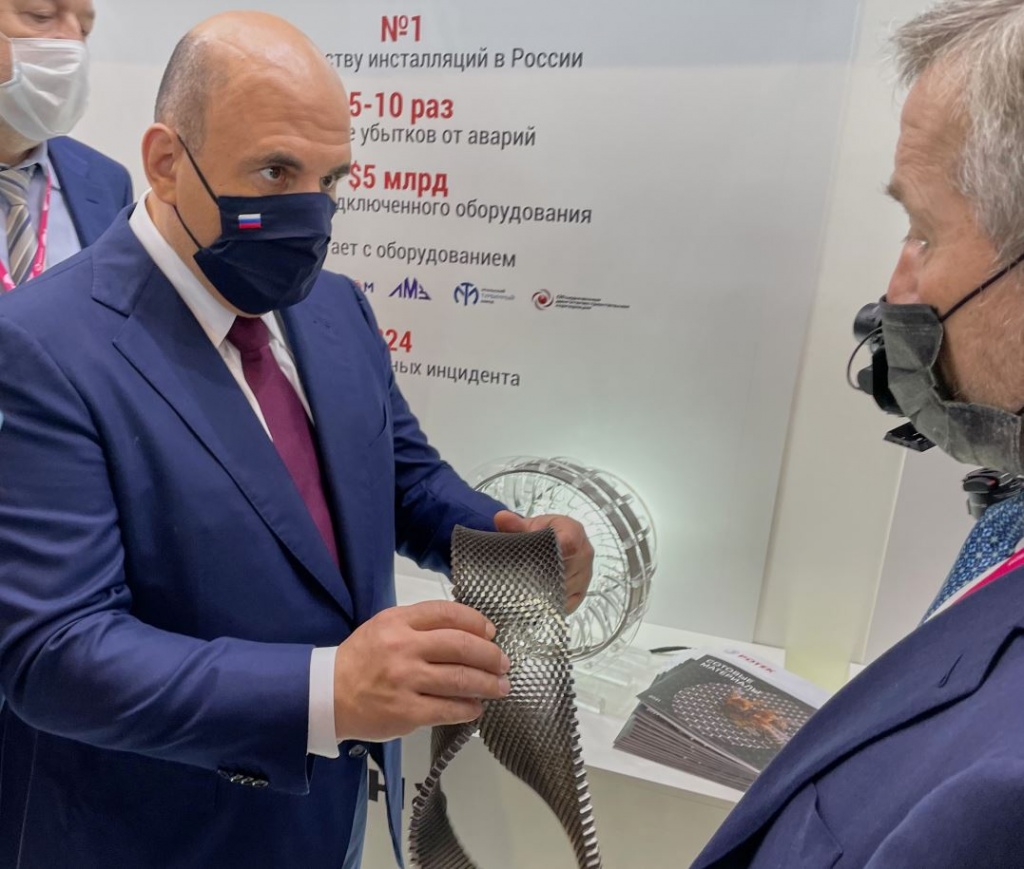 The International Industrial Trade Fair INNOPROM-2021 began with the visit by Mikhail Mishustin, Prime Minister of the Russian Federation. At the exhibition booth, Mikhail Lifshitz, Chairman of the Board of Directors of ROTEC, told the Prime Minister about the company’s three most important Products of the Year and series-produced products that have been able to outperform and replace their imported counterparts.

ROTEC’s Products of the Year are:

The exhibition’s centerpiece was PowerPanel modular energy storage unit with an option to connect a supercapacitor panel in order to smooth out impulse loads (major voltage surges) honored in the Product of the Year Award. This system is a space-saving and maintenance-free solution for an integrated solar-storage plant and ensures 24/7 power supply to households. Due to its small size and high resistance to overheating, PowerPanel can be used primarily in public transport, various infrastructure facilities (including hospitals, schools, areas with distributed power generation) and industry. 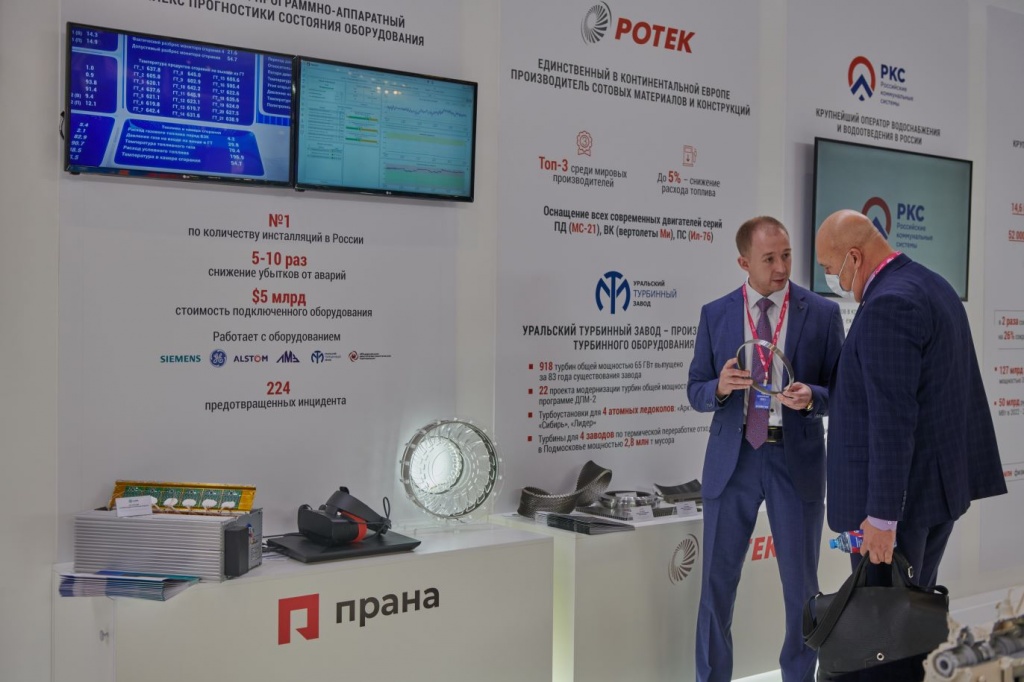 Products sought after by aircraft engineers and power turbine manufacturers, including the new line of honeycomb products made of superalloys, were presented at two INNOPROM-2021 exhibition booths alongside. ROTEC was a co-exhibitor of the exhibition booth of the Ministry of Industry and Trade of Russia where it presented materials and high-tech components for mechanical engineers. Today, these parts form an integral part of all state-of-the-art turbines and determine their fuel efficiency and competitive ability to a large extent. Being the first and only company in mainland Europe to manufacture welded honeycomb materials from superalloys for aircraft engines, power turbines and compressors, ROTEC also introduced new sound-absorbing panels to enable aerial vehicles to meet ICAO (International Civil Aviation Organization) noise requirements. These products that are series-produced in Moscow suburbs relieved domestic enterprises from being dependent on product supplies from the United Kingdom, the USA and China.

Moreover, the company’s exhibition booth displayed the updated capabilities and virtual interface of the PRANA Predictive Analytics and Remote Monitoring Hardware-Software Package. With the use of PRANA, ROTEC keeps on digitizing industrial enterprises. Having proved its high performance at generation facilities and considerably expanded the capabilities of remote instruments in the course of applying the pandemic-related constraints, the PRANA System moved beyond the power generation sector. Currently, the System secures the equipment of gas transmission facilities while new methods of hybrid physical & statistical modeling and acoustic emission monitoring have opened up opportunities for a significant increase in the accuracy of predicting the condition of machinery, tanks, buildings and the infrastructure of the entire enterprise as a whole. At INNOPROM-2021, ROTEC presents the PRANA System capabilities with methods of modeling transient processes of the equipment operation at such level of detail that cannot be offered by anyone in Russia yet.

Besides, the exhibition booth displayed a model of a new turbine for plants intended for thermal recycling of household solid waste. The turbine was named “Flavia” and has already been delivered to the customer. It is the first of the four turbines of the Ural Turbine Works (a member of ROTEC) belonging to the new series that has been delivered to RT-Invest, a company engaged in building modern waste incineration plants in the Moscow Region. Each of these machines will use household waste as fuel while supplying over 250 thousand residents of Moscow suburbs with heat and electricity. Creating a totally Russian-made turbine makes it possible to shift away from using the expensive imported equipment. The proposed universal platform for this series of machines provides means for putting new turbines with a power of up to 100 MW into service more quickly and at lower costs. The turbines are equipped with a digital predictive analytics and monitoring system in order to make the equipment operation efficient, predictable and safe.